A downloadable game for Windows and macOS

In Anchored you manage a settlement built on top of a floating island hovering above a dangerous jungle. But supplies are scarce up on the island, your settlers must venture down into the jungle to scavenge for food and resources in order to survive.

But you are not alone amongst the clouds... You must expand your settlement, upgrade your settlers and build your defenses in order to defend your island form the increasingly difficult nightly attacks.

Help your settlers fight starvation, expand and defend their island in this real-time-strategy survival game. Equip them with different gear and weapons, and combine their special abilities in order to form a combat effective group, to further increase your chances of surviving. How many nights can you survive..?

Anchored was part of a course at Uppsala University's Game Design education at Campus Gotland. The version of Anchored that is found here on itch.io is considered a vertical slice (demo or proof of concept), and was originally designed to be displayed at a game conference. The game was uploaded in the state it was after the course ended. Since the team is now scattered around different schools with new projects, we are not able to continue development.

We are humbled by the amount of interest and positive feedback Anchored has gotten since we uploaded it and this makes us wish we were able to continue development. It is not impossible, however, that circumstances will allow us to finish Anchored in the future.

Either way, your feedback is always of interest to us, so don't hesitate to leave a comment telling us what you think of the game. Enjoy!

Having trouble downloading the game? This happens sometimes here on Itch.io. Try downloading it in another web browser or in incognito/private mode or use the Itch.io Program.

If the game doesn't start there might be an issue with your DirectX. Try downloading the latest. Or you might have downloaded the wrong OS version of the game. Make sure to download the Windows version if you use Windows and OSX if you are using Mac.

thanks for making this free game

Pls come back with this game in the future plsplss ❤❤

It was a student project devs made as part of their studies. It's all explained in the store description above.

As explained, the team has scattered since graduation so it's unlikely we'll see further development.

Ye, but that not an explanation to just abandon a interesting game, some ppl realy wanted to play this and see future development.

While I fully understand the sentiment, further development was never promised. It was released as is from the start. They were very upfront about it.

It would probably be easier to restart the project from scratch.

After graduation some of the former Anchored devs have gone to create games like Raft and Frog Climbers.

BUG!!!! the people will stop attacking the crabs (and possible other creatures maybe) if the health of said crab becomes really small. almost like they think they are dead but clearly they are not....

How do u save?

You don't. There is no save function in the game. But then again, it takes only about hour to complete all the content that is available in the game.

pls help me. I want to play this game. But i don't what to do 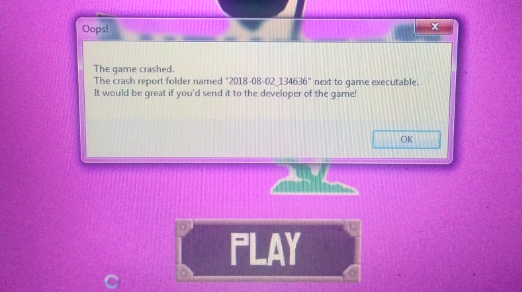 I know that the development of this is over, but still, a few basic thoughts when I was playing it:

* Try to not stack your guys in the exact same spot, like when exiting the armory, etc.

* You need some visceral feedback, like little satisfying sounds or effects "confirming"
that you've damaged/killed an enemy, healed/revived an ally, or issued a move command. You have some for resources, but you're also missing some.

* Watchtowers are kinda useless if they don't extend attack range - you can't even cover full 25% of the main building's side with it,
and you *need* AoE attacks to deal with the big enemy groups, anyway, making watchtowers useless

* The preplaced huts should block placement of new buildings. In general, I think you would keep things more "organic",
if the huts and the central building weren't "special case" objects, but rather stuff that's possible to build or reposition normally

* Relying on AoE attacks and spells instead of individual combat, makes your game feel kinda MMO-ish:
Instead of striving against dangerous creatures, feels like your guys are mainly just wiping mobs
with the occassional miniboss after which they need to heal up.

* You should do some basic formations: Ranged guys stay a bit further behind waypoints, armor ones a bit ahead

* Let your guys eat food from their backpack first, rather than starve.

* I agree that some recurring threats are needed, but I don't think spawning the same enemies in the same spot when you pass through it is the right approach.
What if you instead had some props that serve as potential spawnpoints for enemies?

* I think it's important for things to feel like consequences of other things, rather than something that blatantly happens as a consequence of simple scripts, e.g. resources respawning,
animals eating food in the wild, wandering, idk.

In general I didn't feel like I had a lot of agency in this game, since it was fairly obvious what the best things to do are,
and I didn't really feel like I had the ability to set any
particular goals for myself, or had room to experiment with things.

i used cheat engine to give myself wood,stone and iron didnt help i still starved by 3rd day! the food doesnt have a number so i cant add food or i would have insanely hard game! they should only take 1 food for each of them a day not the insane amount they eat, it would be a great game had they fixed the food intake! If you ever want to fix your game please just fix the food! youll probably get renewed interest in your game!

Is there ever going to be an update?

I've downloaded this game like 2 years ago and its still at v1.03

"Since the team is now scattered around different schools with new projects, we are not able to continue development."

~people do not starve that fast. starving should be slower as to give time for the player to gather the necessary food

~ game is set on super hard by default meaning i only have 2 guys down on the surface but constantly getting hordes of monsters.

~ i suggest makeing monsters edible maybe they drop a turnup or some meat.

~people eat too fast. its like they eat all the food every day i was on full food and it was gone by the middle of the 3rd day

Shame that this is an abandoned project...

This. So. Good. I feel like I'm playing Dungeon Siege 2. It has a classical feel of old RTS RPGs but also modern survival and styles.

Wow, what a great idea and very well done! Seriously, why hasn't anybody thought of this before?! It's super interesting and has the potential to be an incredibly deep, strategic game with great replayability! I enjoyed playing it a lot and was very sad when I realised lifting the anchor meant ending the game. I thought I'd get new areas with fresh loot and so on ;(

I really love the game and I hope it will be finished someday. =)
Here can you see my first Steps in your Game, but the video is in german. ^^

Nice video! I enjoyed it! It's a shame that this game won't be developed any further.

You should Consider open sourcing this so others can learn from it.  Or you know, do a kickstarter and finish it.

Update: due to the lack of software currently available to me at the time i will not be able to do much yet and i still need the original coding to make any changes also i will make sure the first thing i do is add a save game but the save game will happen at a critical time like if you are far in the game it will auto save so you can load it up later.

also a tutorial will be added and right now i am a one man team tell me what can improve oh and i am gonna make it so if your really new to the game it will detect that give you the tutorial and lower the amount of bugs/monsters attacking so you do not get insta-killed or starve off within the first few days of the game.

give me time and the code and i would be happy to carry your game on and of course all rights go to the original developers of the game.

Needs a tutorial and save options please

Thank you so much!!!

bluh three of my dudes got knocked off the map by that quadruped in the first area. is there no warping or something i can use to fix it next time?

ill get on it as soon as i can

hei. i played it and i love . id love to let some feedback

I concur with your statements!

And no need to apologise, your english is great!

i will get on it

do not worry once I Learn More about Development  of games i will fix the bugs like it not starting But All Credit Goes to The Original Development Team So Do not worry i will be continue the project from here on out. small patches to fix the bugs

This is a great game and im realy enjoying it, too bad they couldnt continue it.

Hi When is the next Update?

There won't be any. Development team that created the game as school project have since split up and development wont be continued. This is all explained on store page above.

this game could easily be put on steam tbh, if only they still worked on it

You should be able to spawn in new settlers that unlock different weapons and skills, along with more buildings and maybe auto turrets.

so, I beat the demo how do you get the full game?

There is not nor will there be one. Development team split up upon graduation and development won't be continued. Just read what's written on store page, it's all explained there.

Helo i like this game but how to Save the game ?

There is no save feature though it should take only you around an hour to complete the demo and see all there is to see.

The game keeps crashing when I start up (something like after a second). I'm on Mac

No one uses mac sorry but i dont think this game (or many others) are made for mac.

Hello. A lot of games are made for Mac, and yes this game is made for mac, as in the DOWNLOADS section, you can see an apple symbol.

Keeps crashing when i start up

This game is amazing, such a good concept and great mechanics, so sad they don't develop it anymore, they should kickstart this! 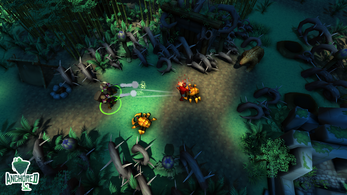 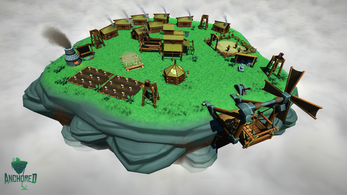 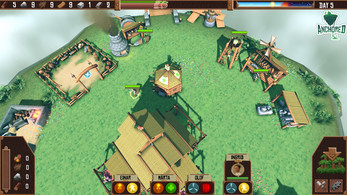 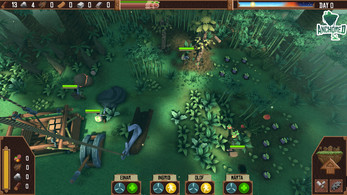 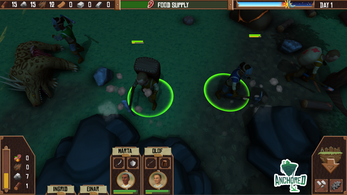 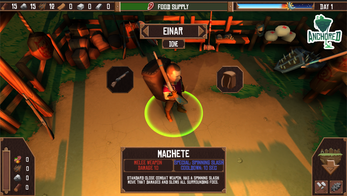 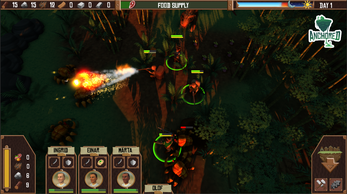 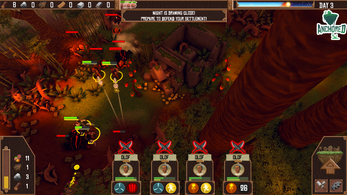